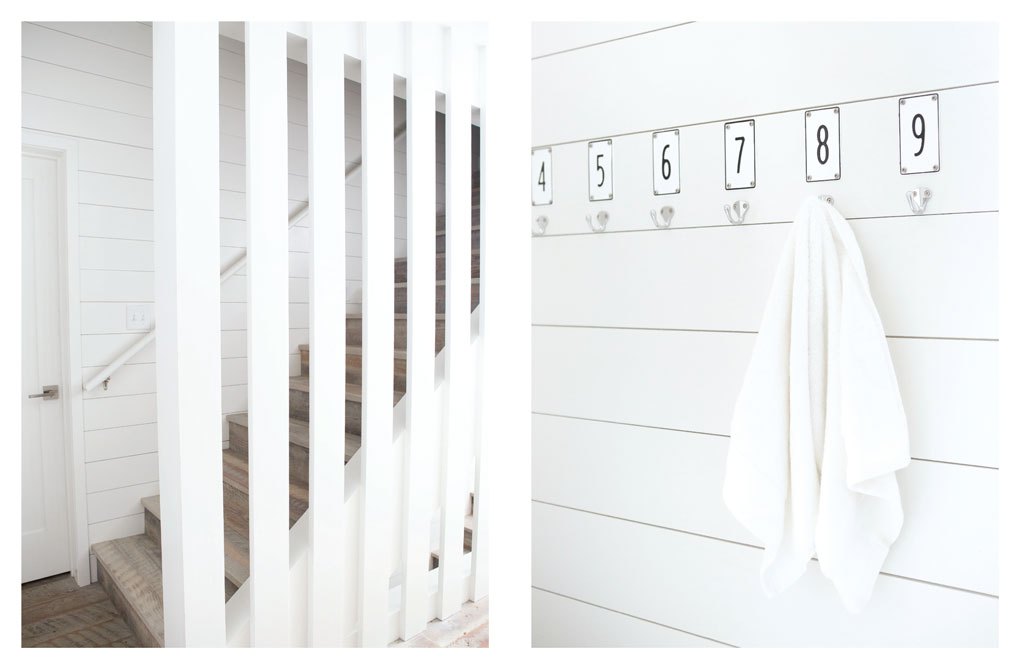 For Jim Frome, it’s a dream house and personal getaway where he can relax with his buddies or go fishing with his son. According to his wife, Michele, “My Jim is like a kid in a candy store when driving to the cabin, he’s so excited.” For her, it’s a radically different place from the couple’s home in the Twin Cities. “I wanted it to feel like a spa, to feel good,” she says. “It’s a place where I can go and just melt.”

For both of the Fromes, the old fishing cabin in Wisconsin, transformed into a weekend retreat by Albertsson Hansen Architecture and Jennaea Gearhart Design, both in Minneapolis, is a place for entertaining, to relax and play with their three kids, and for their kids to invite friends for a weekend. The cabin is also a spot in which to gather together a large family of sisters and cousins. “It’s our happy place, in which to build memories and be with each other,” Michele says. 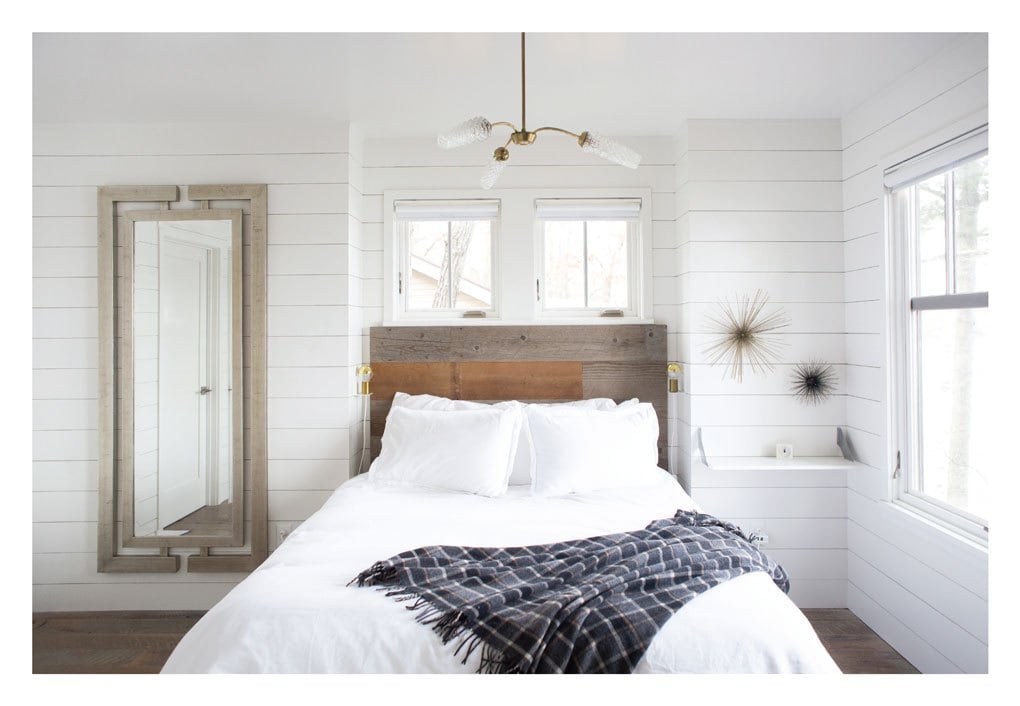 Above: The master bedroom off the living area can be closed off via barnwood pocket doors.

Eleven years ago, the Fromes began looking for a retreat. One weekend, they toured several “tiny boxes, without a lot of room,” Michele recalls. “But the second I walked up the sidewalk to this house, I knew it was right for our family. There were lots of areas in which someone could be by themselves, but also space in which we could be together.”

After leaks caused by ice dams damaged several rooms, the Fromes decided to completely redo the cabin—without changing the roofline, deck, or square footage. “We took a pre-existing cabin, which had been added onto over time in a ham-fisted way,” says architect Christine Albertsson, “and gutted the interior and re-concepted how it could work from a planning perspective, from the windows and kitchen layout and entry sequence to the sleeping spaces and stairs.”

Albertsson moved the kitchen from the back to the lake-facing side of the cabin, installed large windows for light and views, and glass doors to the deck. The custom kitchen island—which is used for family meals, card games, and dinner parties—is on wheels, so it can be easily moved. Albertsson got rid of the formal dining room to open the kitchen to the living space, which has large couches and walls of windows. 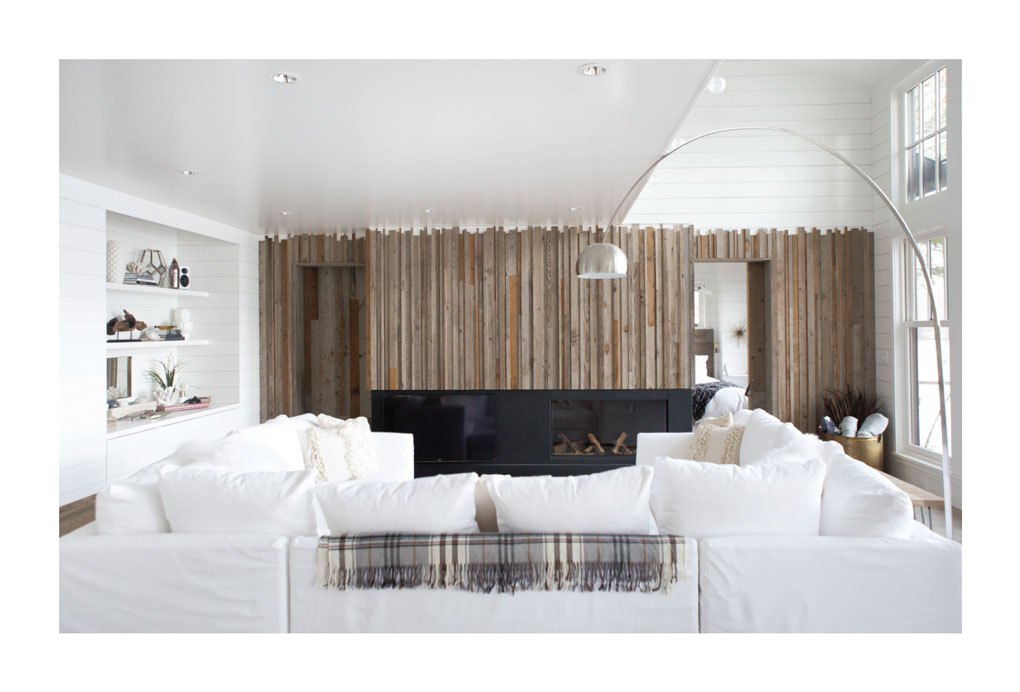 Above: A wall of board-on-board reclaimed barn siding anchors the fireplace wall.

The contiguous first-floor spaces, Jim says, “allow everyone to be separate or together—often at the same time. Some people can be around the table playing cards; others cooking; others watching a movie.” Adds Albertsson: “It’s a magical set of public rooms in the house.”

A decorative wall of reclaimed barn siding—cut into different dimensions, applied board on board to the wall, and left with ragged edges on top—surrounds the fireplace and anchors the room. It also provides an earthy contrast to the cabin’s pristine white décor, which Michele and Gearhart decided on together. White? At a lake cabin?

“I wanted the cabin to be different, to feel like a dream,” Michele says. “I’m also a stickler on having everything be monochromatic because I wanted it to feel good and seamless.” White Carrara marble in the kitchen; white-painted poplar paneling on the walls, and white millwork and shelves; white upholstery and bedding; and stainless-steel IKEA kitchen cabinets: The look is clean, refined and homey—even soft and cloud-like. 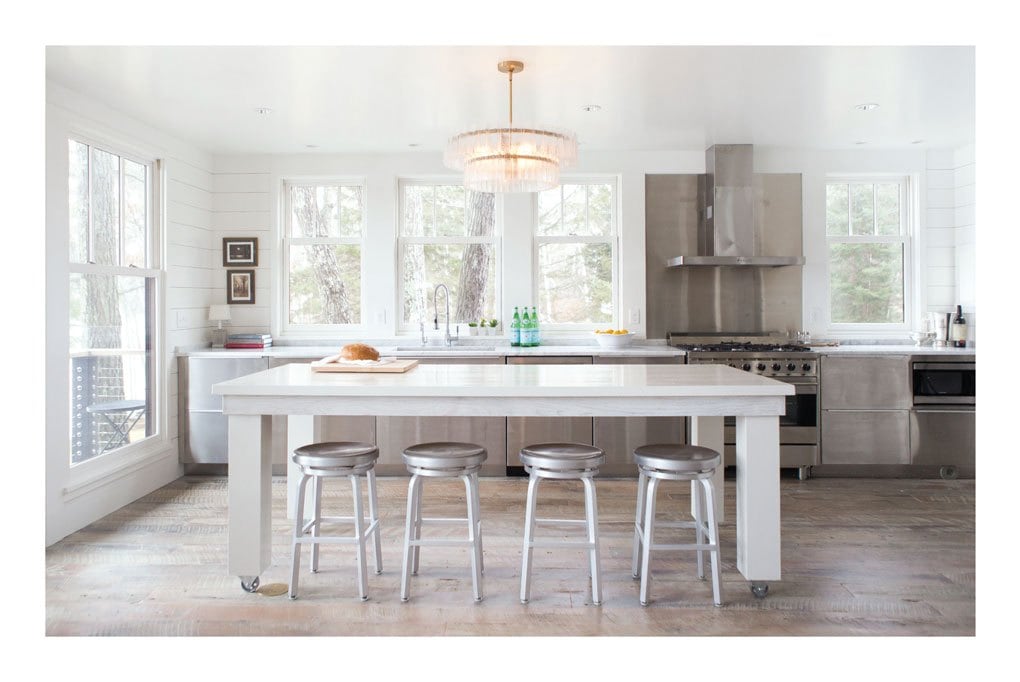 Above: The kitchen, with its moveable island,is a versatile space for family activities.

But what about, well, dirt? “We knew things would get dirty, so we decided when they did, or when marks were made, those would become a memory,” Michele explains. The lake and trees, viewed through large expanses of glass, serves as the artwork in the cabin. “I wanted everything reflective and the art from nature, from the outdoors,” Michele says. “Otherwise the cabin is decorated with natural woods, mirrors, and metals.”

Behind the wood fireplace walls and sliding pocket doors of reclaimed barnwood is the master bedroom and bath. Albertsson designed white-painted wood slats for the existing stairs. 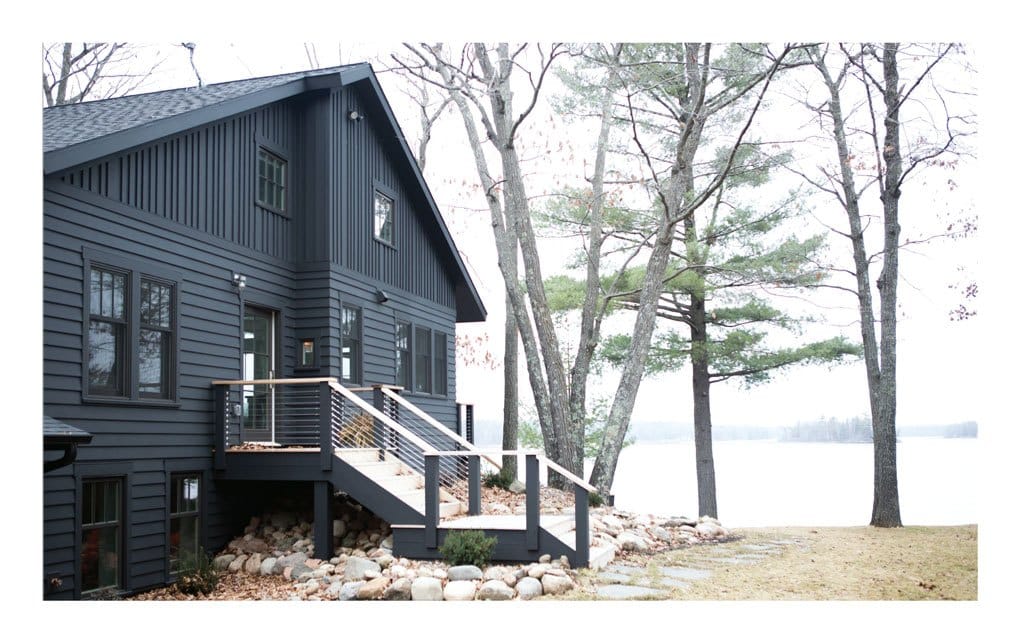 Above: The contrasting black of the exterior is a conversation starter. The cabin was completely re-configured, all without changing its roofline, deck, or square footage.

The cabin’s black exterior “blends in perfectly with the surroundings,” he adds. “When you’re out on the water you can barely see the place, as it hides up against the pine trees, whether the season is winter or summer.” The contrast between the black and white interior, Michele adds, “is quite a conversation point!”

Together the architect, interior designer, and general contractors Paul and Lisa Princeof Prince Construction in New Auburn, Wisconsin, “created a hard-working team that completed a successful and satisfying transformation,” Albertsson says. “I really enjoyed the collaboration and loved giving the cabin a completely new life that transcended its cobbled-together feel. Now, this is a place of serenity for the family.” 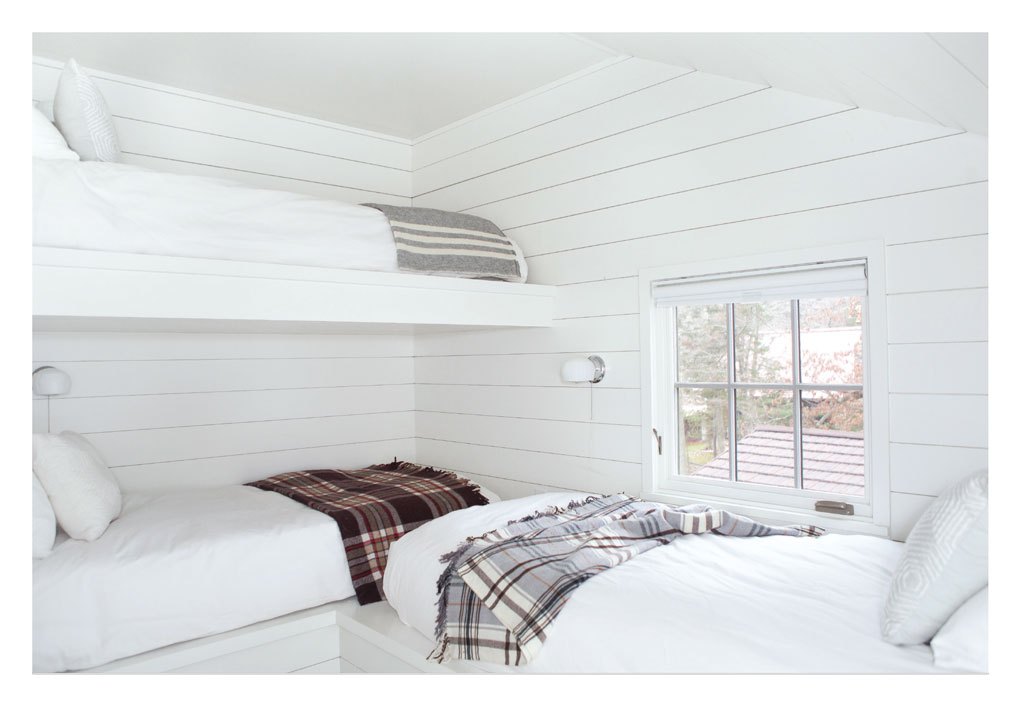 Above: The look is clean, refined, and homey. “I wanted the cabin to be different, to feel like a dream,” says owner Michele Frome. 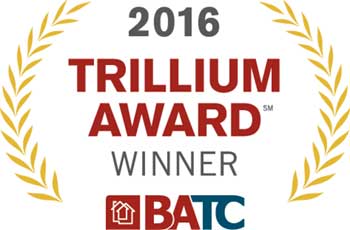 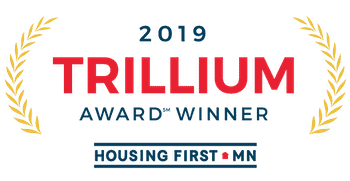